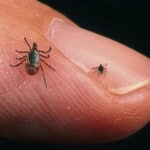 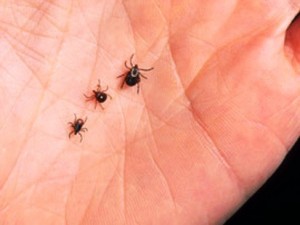 It is reported that Lyme disease strikes about 300,000 people each year according to federal health officials. Lyme disease, as we know it, is an infectious disease cause by at least three species of bacteria. The disease is is named after the towns of Lyme and Old Lyme, Connecticut, US where a number of cases were first identified in 1975. Lyme disease is the most common tick-borne disease in the Northern Hemisphere.

Federal health officials suggest the disease is 10 times more common than previously known. The Center for Disease Control and Prevention (CDC) reported the new estimates coming from the 2013 International Conference on Lyme Borreliosis and other Tick-Borne Diseases in Boston, Massachusetts.

As reported in the past, the disease usually maxed out around 30,000 illnesses a year. However, with new information, the CDC believes many doctors don’t report every case and that the actual count was much higher.

The new mile-high figure is the CDC’s most thorough attempt at an accurate portray of actual illnesses. According to PCT Magazine, the number comes from a survey of seven national laboratories, a national patient survey and a review of insurance information

Ticks are a safety issue to your family and pets. Ticks are considered to be superior carriers of diseases. According to the CDC there are at least 10 known Tick-Borne diseases in the U.S. They are small and stealthy and often go unnoticed until it is too late. While they do not jump or fly, their natural environment allows them the perfect access to their prey. They drop from trees or hide in the grass waiting for deer, dogs and humans to come close enough to latch onto. Ticks can go as long as 200 days without food or water and can live as long as 2 years. On lawns, 82% of deer ticks have been found within 9 feet of the lawns edge, especially areas adjacent to woods, stonewalls, or ornamental plantings.

Check out some of our other related Insect-Borne Disease blogs today!