Were You Bitten By a Spider? When to Worry, and When Not to Worry 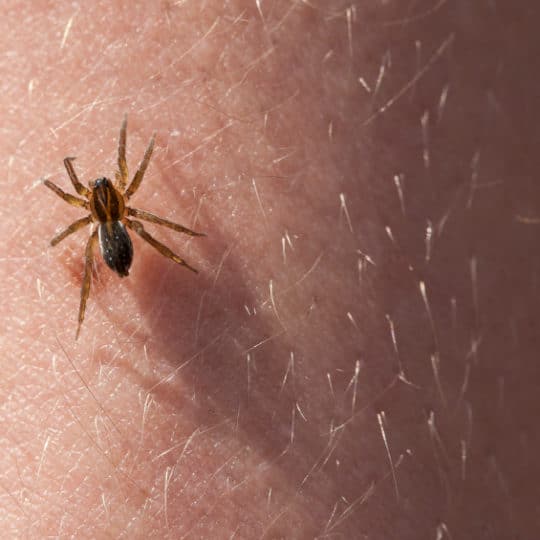 Even though there are many pests that carry disease, cause serious physical pain, and bite frequently, people seem the most afraid of spiders. Spiders do have this naturally terrifying look that can be surprising, especially if you run into one unexpectedly, but the reality is that spiders are some of the least dangerous pests on the planet.

When to Worry About a Spider Bite: Almost Never

Spiders simply are not that dangerous. Not all spiders can even break skin. Those that can will almost always only attack if they are within seconds of being squished, and even then the symptoms of the bite are nothing more than a mosquito bite or, at worst, a bee sting. While bee stings can be painful, and no one likes the itch of a mosquito bite, they are not necessarily something to worry about.

Still, there are a few species of spider that can cause serious damage in Pennsylvania, Delaware, New Jersey, and related cities. These include:

So it appears that neither of the spiders native to this area are very deadly, and both are very rarely encountered. So when should you worry about a spider bite?

You should worry if you are allergic, or you have a compromised immune system. Children and the elderly may also be at risk for more severe symptoms. However, the only spider you need to fear is the black widow spider, and a black widow spider is unlikely to have bitten you unless you have been in an area where they are common.

The best thing to do is simply monitor how you feel. Chances are it was nothing, but if you’re concerned or you have other symptoms (or you see that the bite is growing and changing, or becomes very painful), contact a doctor.