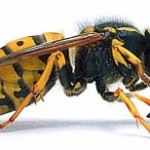 According to CNN (Hong Kong) – Since July 1, Killer Hornets have stung over 500 people in China, killing at least 19. The Asian Killer Hornet is the world’s largest hornet species and injects a powerful neurotoxin with its sting. 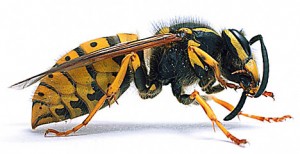 Hornets are wasps of the genus Vespa, closely related to (and resembling) yellow jackets. There are about 20 hornet species. Most live in tropical Asia, but the insects are also found in Europe, Africa, and North America, where the European hornet was introduced by humans.

An aggregate of 583 people in the world’s most populous country have been stung by hornets since July 1, explained city officials. Another seventy victims are still recovering in hospitals. Chen Changlin was hospitalized after being attacked by the Killer Hornets, which harvesting rice last week. “I ran and shouted for help, but the hornets chased me about 200 meters, and stung me for 3 minutes,” he recounted to a local Chinese, state-run newspaper. Chen later explained the hornets had first swarmed a woman and child working nearby, who then ran towards him. Both later died from the lethal hornets’ toxins.

Earlier this month, 30 people — including 23 primary school children aged between six and eight years — were injured in a hornet attack in Guangxi province, south of Shaanxi. Their teacher, Li Zhiqiang, told his students to hide under tables as he tried to drive away the insects before he lost consciousness. The school’s headmaster told local media that most of the injured suffered stings to their heads, necks, hands and feet.

Nearly 60 students and teachers were injured in a separate incident in the province at the start of the month, according to state media.

Experts say a number of reasons may have contributed to the apparent increase in hornet activity, including the region’s recent hot, dry weather, land development and hornet sensitivity to the smell of people.

Hi..Great Information Here. I have some interesting facts about Pests.

Did You know that cockroaches transmit more than 33 diseases, most

common known is Asthma in children.You may want to visit this site