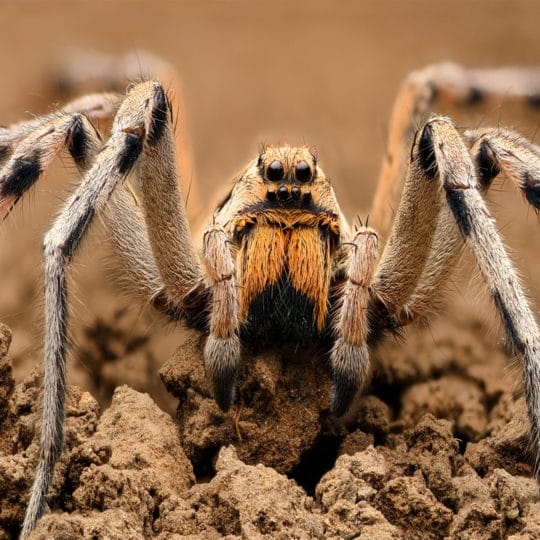 Wolf spiders are some of the scariest pests you’ll find in the northeast, mainly because of their burly appearance, more than the fact they’re venomous.

Where They Got Their Name

They actively stalk prey, much like a wolf, which is where their name comes from! Wolf spiders will even actively chase their prey.

They are ground dwellers, normally nesting in burrows.

They Have Great Eyesight

Since a majority of their hunting is done at night, it is suitable that they are able to see very well at night due to a disk located behind their eyes.

But…they’re scaredy cats! You are very intimidating to them, so they are much more likely to run away from you than attack, unless provoked, of course. The bite can very painful, typical reactions include pain and redness, which will subside in time.

Unlike other spiders, their prey is big and often hard to catch. They primarily eat crickets, roaches, beetles, and mealworms.

Spiders Are No Match for Green Pest Solutions.

Whether your spider problem is a big one, like the wolf spider, or the less-scary house spider, Green Pest Solutions knows how to kick them out. We have a Green Band Protection System takes the common-sense approach of controlling pests to protect the people, pets, and plants without any ill effects from a pesticide spraying process inside your home. Call us today at 877-636-9469 for a free quote.