The Millipedes Are Coming! Why Some Homes Have Millipede Invasions 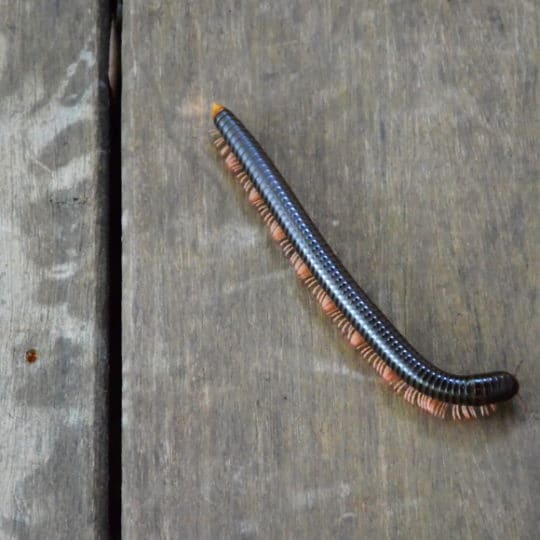 Millipedes are an unusual pest. For most of the year, they are harmless and you never see them. For some people, millipedes are a complete afterthought, as the only time they run into any millipedes is when they are in their garden or pick up a rock. Millipedes never play any role in their life.

But for some homes, especially around this time of year, millipedes quickly become an immediate, terrible problem. Even though these pests are not dangerous, they can invade in vast numbers, and it sometimes seems like they’re coming out of the floor.

Causes and Solutions to Millipede Invasions

How does a relatively harmless bug become such a home invading menace? It often has to do with the weather. Millipedes tend to invade for one of two reasons:

Millipedes love warmth and moisture. That’s why you often see them under rocks, under garbage cans, and under any area that is covered. But if they can’t find that place to stay, they may start seeking out the warmth of your home, and since they are so small they will crawl through any crack they can find in group. While they can’t survive indoors, you’ll often see hundreds – sometimes even thousands – of these multi-legged creatures crawling along your floor.

How to Control Millipede Invasions

There are only so many things you can do to prevent a millipede invasion. But the most important thing to do is to seal up any area of the home that millipedes are coming through. If there is even a single, small hole anywhere in your house, the millipedes will find it.

These invasions never last long and millipedes are neither biters nor poisonous, so in general if you’re armed with a vacuum and a lot of free time you can control the invasion, and eventually the millipedes will stop coming. Nevertheless, if the invasion is too pronounced, contract Green Pest Solutions today and we’ll help you eliminate your millipede problem.