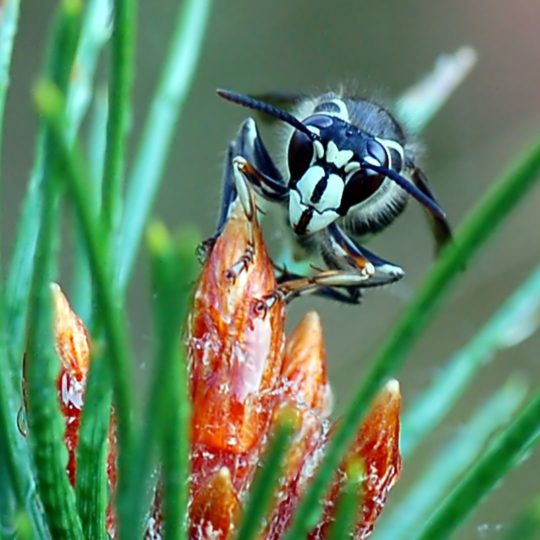 Problem: Aggressive, sting, and find themselves in homes.

The common hornet (Vespa crabro) is an insect belonging to the wasp family that will happily hunt plant-harming insects such as caterpillars and spiders to feed their young, while consuming nectar to sustain themselves and their queen and helping to pollinate plants as they go. They are considered pests mainly due to their territoriality, and to their tendency to build nests in places where humans would otherwise spend time, such as our mailboxes and the eaves of our houses.

Hornets make their homes wherever they can find a reliable water supply, plentiful food and a source for building materials for their homes. They are also attracted to warmth, which is why hornets often build nests near and inside of human homes.

Because hornets are threatened by mammals who approach their nests and have been proven to be as adept at facial recognition as humans and apes, look for nests in the spring when they are still inactive so that you can either get rid of them, or know what areas to avoid them come summer.

How to Recognize and Get Rid of Hornet Infestations

Hornets are black and yellow, and are longer than bees and free of hairs. Their nests are large and look like they’re made of gray paper. Presence of multiple hornets around your property – especially if they come from inside of the home – often indicates the presence of a hornets nest.

To get rid of hornets, spray their nest with commercial hornet or wasp spray during cold weather, when hornets are less responsive, or knock down their nests in early spring when the hornets other than the queen are still in their juvenile stages and therefore unable to attack.

Call Green Pest Solutions today at 877-636-9469 and let's talk about how we can help you with Hornets and other common pests.