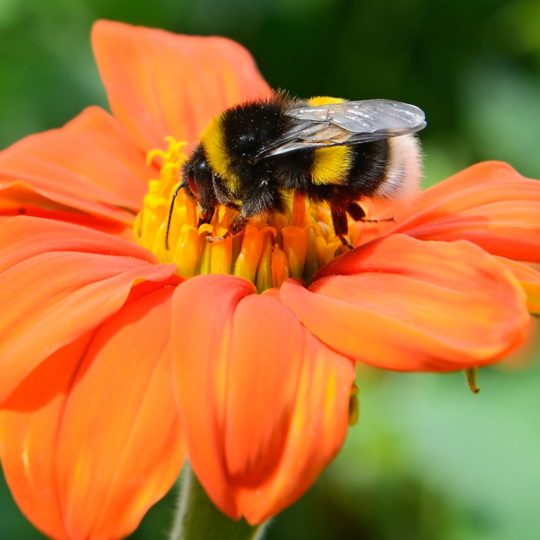 The Truth About Bumble Bees

On March 21, 2017, the U.S. Fish and Wildlife Service officially added a bumble bee species known as the rusty patched bumblebee (Bombus affinis) to the endangered species list. This is the first time a bee in the continental United States has been listed as endangered. In September of this year, seven species of Hawaiian bee were added to the endangered list.

Why are Populations Dwindling?

The rusty patched bumble bee was once a common insect in North America, but its population has fallen approximately 90% since the 1990s. Scientists cite the following circumstances as the cause for the drop in its numbers:

As a result of getting its name on the endangered species list, the effort to save the rusty patched bumble bee is underway. First, it raises awareness about the species’ plight. More importantly, though, the Endangered Species Act puts regulations in place that restrict certain activities to prevent more bees from being knowingly harmed. Additionally, the government is now obligated to put a recovery plan in action designed to prevent extinction.

Green Pest Solutions, when treating a home for bumble bees makes a point to never harm them, but rather move them to a new, safe location.

Have More Buzzing Questions About the Bumble Bee?

Give the knowledgeable pest professionals at Green Pest Solutions a call at 877-636-9469. Do you need help telling one bee apart from another? Or would you like to create a garden that will nurture bee populations? Whatever the question, we’re here to help. Contact us today.