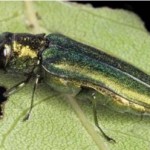 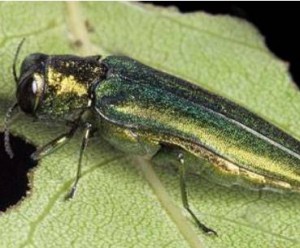 HARRISBURG – On Wednesday, March 14 Pennsylvania Department of Agriculture confirmed that Emerald Ash Borer (EAB) has been detected in Warrington, Bucks County. The infestation was first observed by an arborist who contacted Penn State Extension. Department of Agriculture entomologists collected specimens at the site on March 12 and positively identified larvae taken from infested trees.

The detection in Bucks County is the first in Southeastern Pennsylvania.

Penn State’s Emerald Ash Borer website is an excellent portal to research-based fact sheets, pictures and reports on this important insect, including the National EAB website, as well as links to information from states such as Michigan which have the most experience with the devastation caused by this insect.

Arborists may be particularly interested in The North Central IPM Center publication titled: Insecticide Options for Protecting Ash Trees From Emerald Ash Borer, written by Extension entomologists in North Central United States. An overview of the basic biology of EAB can be found in the US Forest Service “Emerald Ash Borer Alert.”

Finally, A Homeowners Guide to Emerald Ash Borer Treatment provides guidance for property owners who are considering a do-it-yourself approach to treatment.

Detection of EAB in Southeastern Pennsylvania has important consequences for property owners and communities where ash exists. Fortunately, research-based information from Penn State, and land grant Universities in states to our west, is abundant.

For more information on EAB infestations, visit www.emeraldashborer.info or call Green Pest Solutions for all you professional pest and termite control solutions in the Philadelphia metro and surrounding areas.