How to Exterminate Voles 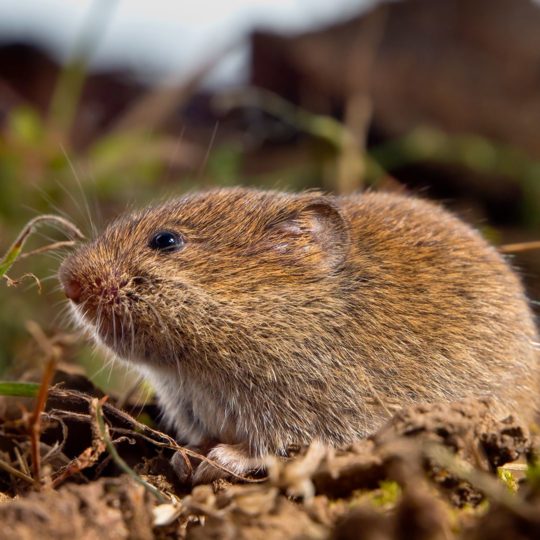 Voles are rodents that live off of the roots of plants. They look harmless at first, but homeowners hate these tiny herbivores because of the damage they inflict on their lawns. Voles dig tunnel systems just beneath the surface of the soil, killing grass and other plants along the way. Once a vole problem becomes apparent, there are a few ways to get rid of them. Read on to learn more about how to exterminate voles.

Brush and thatch attract voles. Clear parts of your property where there are weeds, a heavy underbrush, and other overgrown areas. Not only does this discourage voles from nesting, it can eliminate existing populations by making eliminate their current hiding spots, making them more vulnerable to predators like snakes, hawks, and owls.

Hot sauce and pepper sprays (like capsaicin) have proven effective in deterring voles when sprayed on plants and grass.

Fill in Their Tunnels

Another aspect of vole control is to take away their homes and hideaways. If clearing away tall grass and overgrown vegetation proves ineffective, try cutting off the access to their underground tunneling network. Do this by filling in the surface-level holes leading to their tunnels to prevent them from burrowing further.

In smaller yards with smaller vole populations, vole and mice snap traps have proven useful, especially when placed strategically near the site of activity.

Rodent poison should be used sparingly and as a last-ditch effort. While it is incredibly effective at killing mice, voles, rats, and other rodents, it will also kill pets and other beneficial wildlife that come into contact with it.

At Green Pest Solutions, we have experience with voles, moles, mice, and other rodents. If you’ve discovered a vole problem, give us a call at 877-636-9469. We’ll schedule an inspection and a free quote for vole extermination. Call today!