How to Identify Different Insect Bites 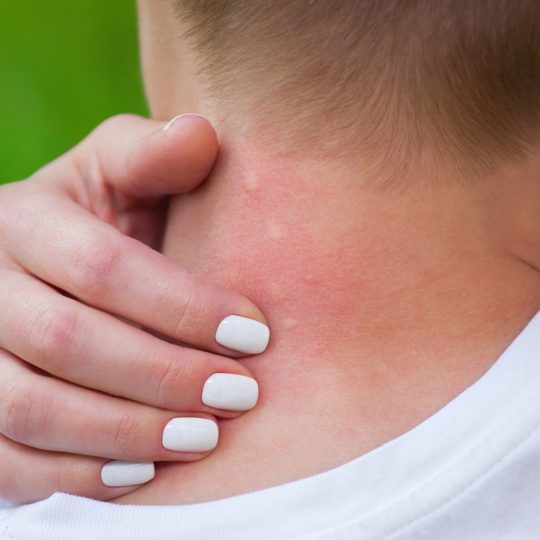 Insect stings come in a number of different forms. Some bites are itchy, some are painful, and some elicit dangerous allergic reactions or transmit disease. Because of these health risks, everyone should be able to identify the various bites to which they might be exposed. Read on to learn more about how to distinguish one bite from another and which bites require medical treatments.

Mosquito bites are typically itchy and show up as round reddish bumps. These bites are mostly just an annoyance, but they can spread disease, like the West Nile Virus or the Zika virus.

Spiders in Pennsylvania are non-venomous (with a few notable exceptions, like black widow spiders). These bites are less common than mosquito bites, as spiders usually just bite when they feel threatened. Spider bites show up as swollen, painful, red skin and two fang marks. If a spider bites comes accompanied by nausea, cramps, vomiting, or seizures, it is important to seek medical attention immediately. Try to trap the spider and bring it to the doctor with you for identification purposes.

Tick bites are tricky, because they don’t always show symptoms at the bite location. When they do, though, they appear as a ring-patterned rash, commonly referred to as a bull’s eye mark. This mark is accompanied by achy joints, fever, lethargy, and heartbeat abnormalities. If you believe you’ve been bitten by a tick but don’t see a rash, it might be beneficial to see a doctor anyway.

Bed bug bites aren’t always painful, but they can range in severity. Although they don’t transmit disease, their bites appear as rows of red skin marks for most people. People who are allergic to bed bug saliva can develop welts, hives, and inflamed skin bumps that require medical attention.

We Can Help Prevent Insect Bites

The pest professionals at Green Pest Solutions are here to assist you in your fight against mosquitoes, bees, spiders, and other stinging insects. Call us today at 877-636-9469 to ask about our various protection plans.