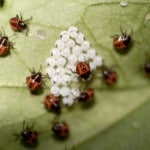 Original Article Can Be Found Here.

Here’s an interesting news release about a website looking for help in tracking stink bugs. I was overwhelmed with the pest last season, but this year have only seen a few. Scientists are trying to determine how and why they move.

Researchers in Penn State’s College of Agricultural Sciences are asking the public for help in tracking an invasive insect.

People who identify brown marmorated stink bugs in their homes or agricultural operations can find more information about the insects and report local populations by visiting http://www.stinkbug-info.org.

Developed at the request of the Pennsylvania Department of Agriculture and in collaboration with Penn State’s Center for Environmental Informatics, the website’s purpose is to gather data to estimate the percentage of damage caused by the stink bug, according to John Tooker, assistant professor and Extension specialist in entomology.

Farmers, nursery operators and homeowners can report damage they received last year or in 2010, as well as damage from 2012.

In the past 15 months, there have been nearly 200 locations of stink bug populations mapped on the website in Pennsylvania, but contributions also have come from Missouri, Texas, Maryland and even as far away as the state of Washington.

Tooker also noted one long-term goal for the site is the ability to see populations moving between crops
.
“Managing stink bugs early in the spring as they are emerging and feeding on ornamental trees may be the key to controlling them later in fields and orchards,” he said, warning that stink bugs can travel easily.

“They are good hitchhikers.”

The maps on the website showed a concentration of stink bugs in southern Pennsylvania. Tooker said the worst stink bug infestations have been in Adams, Cumberland, Dauphin, Franklin, Lancaster, Lebanon and York counties. In 2010, the insects also were common around Pittsburgh and Philadelphia.

Tooker said urban areas probably are favored by stink bugs because of the diversity of food sources, such as ornamental fruit trees, landscape plants and backyard vegetable gardens. Stink bugs also appear to do well in corn and soybean fields and vegetable croplands because their populations can grow easily there.

Stink bugs may thrive in a warmer climate, which could be good news for the state in the future.

“Populations of the brown marmorated stink bug seem to be larger south of Pennsylvania,” Tooker said. “So perhaps it is happier in the slightly warmer areas of Maryland and Virginia.”

The bug’s native range is China, Japan and Korea. Adult brown marmorated stink bugs have wings and can be seen easily when they are attracted to lights. They are 1/2 to 3/4 inch long and can be identified by white bands on their antenna and legs.

If stink bugs are found, Tooker suggested crushing the bugs or flushing them down the toilet. He also said that widespread spraying in fields and orchards is, unfortunately, the best way to control large populations.

Currently, more orchards and vegetables than field crops are sprayed because it’s often not as economical to spray big grain fields, according to Tooker. Also, researchers are examining natural controls such as species that attack stink bugs as a long-term solution for controlling the pest.

Don’t let stink bugs invade your garden! Green Pest Solutions’ highly skilled technicians are trained in the latest application methods, proper equipment use and maintenance, and will answer any questions about the materials being used to treat the areas around and inside the home.

Yes, owning a big house with a nice backyard is a great pleasure.
If you live in an area prone to mosquitoes talk with your pest
control professionals about options for treatment. The temperatures for carrying this out need to be ideally
set and it is for this reason that it is ideal to hire a professional
company to carry it out.