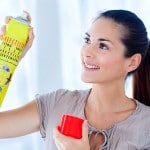 In June, a Woodbury, N.J., homeowner managed to set his house on fire in the course of a do-it-yourself pest control effort to rid it of bed bugs. He was reportedly using a space heater, a hair dryer, and a heat gun in order to kill bed bugs in a room on the second floor. 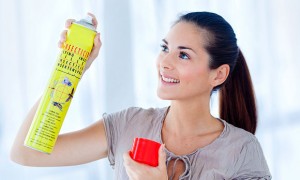 “He went online, got some instructions,” said a neighbor, referring to one method pest management professionals (PMPs) use to rid a room of bed bugs by raising the heat to a point that kills them. PMPs, however, are extensively trained in this and other methods to ensure safety. Over the years there have been many instances in which homeowners have used “bug bombs” to rid a room or two of a particular pest only to have the volatile elements of the spray explode due to contact with an oven pilot light or some other source of flame.

“People commonly purchase an off-the-shelf pesticide,” says Leonard Douglen, executive director of the New Jersey Pest Management Association, “but many homeowners and apartment dwellers are disappointed with the results and end up calling a pest management firm. I’m biased, but most of the time, they should make that call first.”

“As often as people are told that pesticides are toxic chemicals,” says Douglen, “they still tend not to read the instructions or use them properly when they do. Pest management professionals (PMPs), licensed and certified by the State Department of Environmental Protection, receive extensive, on-going training.

The arrival of summer guarantees “Lots of bugs and bites,” says Douglen. “It is a particularly active season for pest management professionals. Among the insects making a big comeback are bed bugs and fleas.”

Fleas, Douglen explains, had become less of a problem that PMPs were treating because of the advent of a host of products sold by veterinarians and applied directly by pet owners. “What PMPs know, however, is that fleas like other insect pests can, over time, build a resistance to the chemicals in those products and the result is that pet owners are  discovering flea infestations in their homes and apartments.”

“Bed bugs had virtually been eliminated as a household pest in the 1950s are the new plague,” said Douglen, “and they have become a major problem involving new techniques to deal with them, including dogs that are especially trained to find them. This is not an insect problem that can be eliminated without professional help.”

Let’s not forget those perennials, ants and roaches. “Roaches have been around since the days of the dinosaurs and, along with ants, they reproduce in such vast numbers that virtually no place is immune to an infestation,” says Douglen. “A legion of PMPs works around the clock in New Jersey to insure that homes, schools, hospitals, restaurants, hotels and offices are kept free of these invaders. Because a lot of pest management work is done at night, the public does not see them, but they are on the job.”

The combination of heat and moisture makes summertime the ideal time for insect pests to thrive.

“People who like to barbecue in the backyard or enjoy the outdoors know that they can find themselves under attack by yellow jackets, wasps, and other stinging insects,” says Douglen. “Around one’s home, these problems do not yield to a quick spray with an off-the-shelf pesticide and it’s a bad idea to be spraying indiscriminately. You may get one or two, but there’s always an entire colony nearby that needs elimination and you may never find it. That, too, is the job of professionals who are trained to spot their nests and other habitats.”

“Aside from the annoyance or pain of being stung,” says Douglen, “there is the very real threat of the diseases many insect pests like ticks and mosquitoes can spread. West Nile virus and Lyme disease are just two diseases that are still active throughout the state. Here again, pest management professionals can protect your family from being exposed to them.”

When a pest problem occurs, don’t hesitate to call Green Pest Solutions. We will provide you with quality pest information and help you with anything pest related! 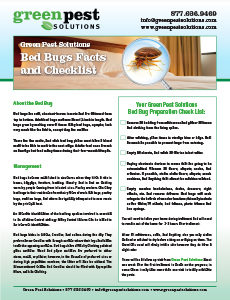