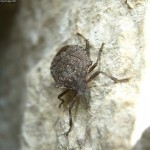 How To Deal With Stink Bugs 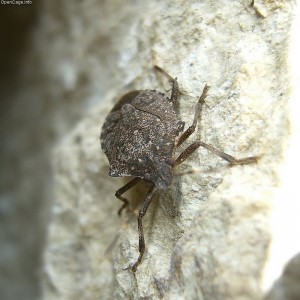 Stink bugs are probably not the first insect to come to mind when a homeowner thinks of household pests. They are usually encountered outside and cause no actual harm to humans or animals besides the unpleasant smell they emit as a defense mechanism. However, in the last two decades, these smelly bugs have emerged as a new insect pest in homes and as a threat to crops. They are not native to North America and weren’t seen in the United States until the late 1990s. Also called chest bugs and shield bugs, they originally hale from Asia. It’s not known exactly how they were introduced to North America, but the lack of their natural predators on this continent has allowed them to become a serious problem for farmers and a nasty aggravation for homeowners.

Stink bugs eat plants and have a particular taste for fruits such as apples, peaches, berries and citrus fruits. They also damage crops like soy beans, peppers and corn and will eat the greenery and flowers in your garden if fruit and vegetable crops aren’t available. These insects may be brown, gray or green but the brown marmorated variety is the biggest menace to farms, gardens and homes in North America. They’ve been known to decimate up to twenty percent of fruit crops by sucking the juices from the fruits and rendering them unsuitable for sale. The danger to crops and aggravation to people caused by Halyomorpha halys has grown to the point that the Department of Agriculture is considering using Asian wasps, a natural predator, to get the stinky pests in check.

While they don’t damage property like termites and silver fish or spread disease like cockroaches, stink bugs do make nuisances of themselves by invading homes in search of shelter from approaching winter weather. They come in through small spaces around doors, window screens and window air conditioners as well as through chimneys and vents. They favor swarming around lamps and televisions and can be frightening due to the noise they make. Crushing these bugs produces a noxious odor. One way to dispose of them without triggering their smelly defense mechanism is simply vacuuming them up, but that doesn’t get rid of them for good. Professional pest control is typically needed to permanently stop an infestation.

An experienced exterminator knows all the avenues into your home used by Halyomorpha halys as well as where on your property the insects lay their eggs. To stop an infestation, a local pest control expert will treat the inside and outside of your house and show you how to take measures to keep the bugs out of your house in the future. If you’ve seen stink bugs on your property, be aware that they will be seeking a way into your home in the fall and make a preemptive call to an exterminator before you find them swarming in your windows on sunny days. If you don’t take the proper pest control precautions, you may find yourself living with a smelly and unpleasant infestation from autumn until early summer.