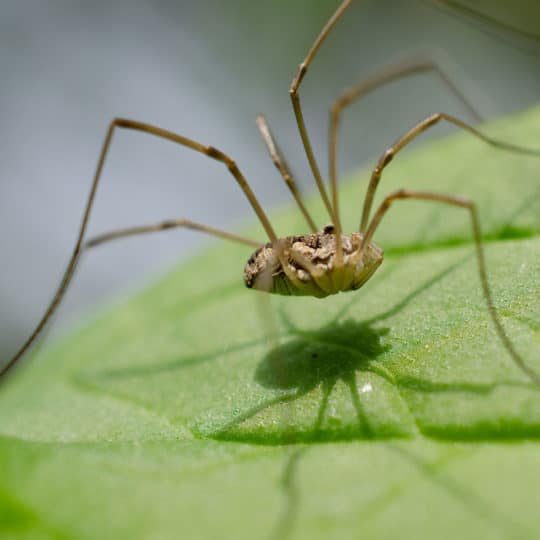 Problem: Venomous bites that may be painful, possibly dangerous.

While the few house spiders bite willingly, and will consume insects that do like to bite you (such as fleas and mosquitoes), spiders create webs in hard-to-reach corners and, when they do bite, leave large, itchy and often painful bumps. Additionally, if you are not careful, the spider that bites you may be one of the more dangerous, poisonous varieties, such as a black widow or brown recluse.

Common Spiders on the East Coast

All spiders have their own different life cycles, lay different numbers of eggs, and even have different webs. The following represents the life cycle of the common house spider:

Some spiders live only a few months. Others can live several years. Some are aggressive – but most, including the black widow, will only bite if they feel an immediate threat.

Spiders are fond of dark, enclosed spaces where they can build traps for their prey and lay eggs without being disturbed. Dark corners and wood-based materials such as cardboard boxes hold special appeal for spiders.

They do not feed on humans and will not seek to bite you, preferring to sustain themselves by eating the bugs that they catch in their webs. When threatened, some spiders will flee, some will bite, and some will try other protection methods. The common house spider, for example, will usually play dead so as not to be attacked. Bites occur only when the spider is already standing on you when it believes it is about to be crushed.

How to Recognize and Get Rid of Spider Infestations

Spider infestations are easy to spot—they are usually accompanied by numerous webs and large numbers of baby spiders roaming the walls, ceilings and floors of your house.

To get rid of spiders, vacuum frequently to pick up webs and the dead bugs that may be attracting spiders, and keep your bed and sheets away from the floor and walls to prevent spiders from wandering across while you sleep. In addition, a spray of eucalyptus oil combined with water can be an effective spider repellent.

Call Green Pest Solutions today at 877-636-9469 and let's talk about how we can help you with Spiders and other common pests.

Free Estimate
Call Now
Our Message to the CommunityLearn more