BOOOOO! Beware of the Wolf Spider! 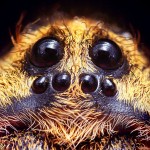 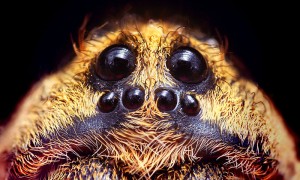 Wolf Spiders are one of the most commonly encountered species of spiders in Pennsylvania. They are generally ½ inch to 1 ½ inch long, brown in color with a dark brown dorsal stripe.

They are considered a venomous spider, but they are not aggressive. However this doesn’t mean that they should not be considered dangerous, they will bite freely if provoked. The bite can very painful, typical reactions include pain and redness, which will subside in time.

Wolf Spiders are agile hunters with excellent eyesight. Since they do not spin webs they actively stalk prey, much like a wolf-hence where their name comes from! They primarily eat crickets, roaches, beetles, and mealworms. They are generally solitary and hunt alone, either by pouncing on prey or even chasing prey over short distances. They are ground dwellers, normally nesting in burrows.  Since a majority of their hunting is done at night, it is suitable that they are able to see very well at night due to a disk located behind their eyes.

How can I prevent wolf spiders?

Like many other insects, the first step to prevention is properly sealing the perimeter of your property.

Feel free to call Green Pest Solutions, your #1 local Pest Control professionals, with any questions or concerns, or to schedule a free pest and termite inspection at 877-636-9469. We are happy to help!