We wanted to share this great story with all our readers. A few weeks back we wrote an article on the harmful effects of Stink Bugs and how calling a professional exterminator is typically the best option for remedying the problem. Now we see that stink bugs infestations are affecting us here in Pennsylvania. 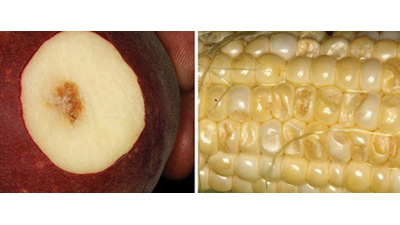 The brown marmorated stink bug — an invasive species officials have been worried about for more than a year — has been confirmed in Markleton.The voracious plant-eater, identified by scientists at Pennsylvania State University, was found by Tony Marich in his home.Our stink bug story started three weeks ago when Marich saw “something bigger than a ladybug buzzing around the ceiling.”Marich, who has a bachelor’s degree in science, took an entomology class in college and has always remained interested and up to date on invasive species and other unusual wildlife.

A week later he found a second specimen rooting around in a plastic container filled with tomatoes. “Invasive species are a growing threat to this country,” he said.

That one he captured and took to Miguel Saviroff, the extension educator at the Penn State Cooperative Extension office in Somerset County.

“This is the first confirmed record of the (brown) marmorated stink bug in Somerset County,” Saviroff said. Saviroff was quick to point out that the insect is feared not as a threat to people, but as potential damager of crops.

“They are more aggressive in doing damage to crops. They are voracious, but they don’t harm humans,” he said. “I think it’s very important that people understand that.”

The brown marmorated stink bug is known to feed on more than 300 kinds of plants and crops, often causing damage to valuable agricultural varieties like apples, peaches, corn and tomatoes, according to the United States Department of Agriculture.

In 2010 that particular species of stink bug caused an estimated $37 million in damage to the region’s apple crop alone, according to their website.

The perceived threat is so severe that in July the Department of Environmental Protection declared figurative war on the brown marmorated stink bug by granting an emergency exemption to farmers in seven states looking to use the insecticide dinotefuran against the invader.

The insecticide was previously forbidden in orchards but states petitioned the agency for an exemption after the large Asian-originating insect caused millions of dollars in damage to crops, according to the agency’s release.

The stink bugs originally came to the United States by hitching a ride on fruit crates from Asia and have been confirmed in 38 of Pennsylvania’s 67 counties, according to the university’s website. Saviroff said that the insect was first found in 1998 in Allentown and has been steadily spreading throughout the state since then. Officials were hoping the insect was finding the Somerset climate inhospitable after their western migration jumped over Somerset for Allegheny, Washington and Westmoreland counties.

The pest is especially difficult to control because it doesn’t have many natural predators and is resistant to most pesticides, according to the site. Residents have another reason to be wary of the foul-smelling insect: They gravitate toward homes. “They will sun themselves on the side of the home and make their way in from there,” Saviroff said. Homeowners don’t have the luxury or mandate from the government of controlling the pest with highly regulated pesticides, so there are only a few strategies to keep them at bay, Saviroff said.

The best is mechanical exclusion, he said. Mechanical exclusion is just a scientific-sounding term for keeping your home properly sealed. Chimneys, pipes, cable lines, electric junctions and other access points should be sealed with silicon or a silicon-latex mixture, Saviroff said. Windows and screens should be properly fitted, in good repair and not left uncovered. “They really only need a tiny space to get in,” he said.

The confirmation of the insect in Markleton means that local and state agencies need the public to help them monitor the ongoing spread of their territory. For now, they can’t even say for sure that the specimen found was part of a reproducing population located in that area. All they know for sure was that the insect was a fully mature adult and that the species reproduces in the summer, Saviroff said.

Residents should keep an eye out for more stink bugs and if they do find them, bring them to Saviroff for confirmation. “I’ll be waiting for them,” he said.

For more information on stink bugs, visit http://ento.psu.edu/extension/factsheets/brown-marmorated-stink-bug online or call Green Pest Solutions for all you stink bug, pest and termite control solutions in the Philadelphia metro and surrounding areas.