How to Tell the Difference

When you have signs of a rodent infestation, it’s important to identify which type is invading your space so you can take the right steps to kick them out. One clue to help you figure out if you have a mouse or a rat is to look at their poop. Learn how to tell the difference between mouse poop and rat poop, and learn other signs you’re dealing with one or the other.

Mouse poop: Their droppings are smaller than a rat’s at about 1/4″. In addition to the size difference, the biggest clue you have mice is that ends are pointed, not rounded. They leave plenty of poop behind for you to find—as long as it’s not all hidden behind a wall.

Rat poop: Their droppings are larger than those of mice, measuring about ½” to ¾”. These droppings have blunt rather than pointed ends.

Other Differences Between Mice and Rats 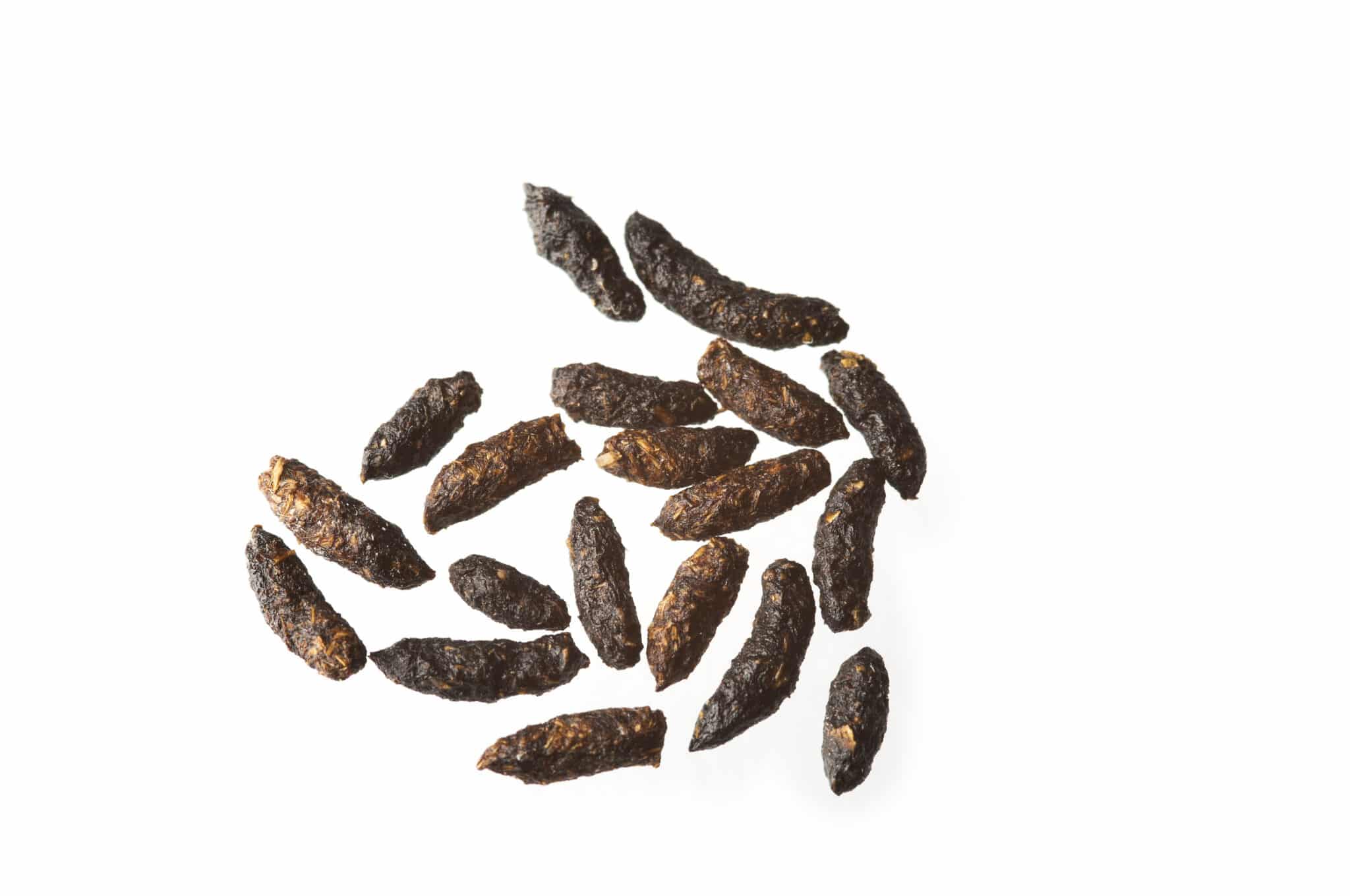 Appearance: House mice are small rodents, generally only a few inches long. They are light brown to black in color and have hairless tails and big ears.

Nest: You’ll find mice nests in warm areas, like burrowed into wall insulation. They tend to nest close to their food source, so they generally stick within a 30-foot radius.

Habits: Mice are small, fast, and generally fearful of humans, so you’re not likely to see them. They generally live by themselves when outside, but when in a confined space like your home, they often live in groups. This isn’t good for you because they reproduce quickly with a gestation length of 19-21 days.

Other Signs: You might find small holes in your belongings, especially human or pet food.

Appearance: Norway rats, which are the most common type to invade your home, are about one foot long with grey, brown, or black fur. Because of their size, it would be hard to mistake them for their tiny mice counterparts.

Nest: They commonly make their nests in the lower parts of buildings and will generally stay within about a 100′ radius of their nest as long as they have easy access to food.

Habits: Rats are confident compared to mice. They are considered clever because they are adept at steering clear of traps. Plus, they are brave and not intimidated by you or your pets. Rats prefer to live in packs, but this group starts with a male and a female, meaning the loner rat who happens upon your home might not have a mate to bring along.

Other Signs: Rats leave greasy trails where they walk. You might also smell a remarkably unpleasant, musty odor when they travel in packs.

Rodents Are Dangerous Invaders. Kick Them out with Help from Green Pest Solutions.

Did you know rodents are some of the most destructive and dangerous pests that can invade your home? They are notorious for nibbling on wires and causing building fires. Keep your family safe with help from Green Pest Solutions. Our team of exterminators has gone through specialized training to address rodent problems, contain them, and prevent future infestations. Call us today at 877-636-9469 to get help in Pennsylvania, Delaware, and New Jersey.