Why Some People Are More Attractive to Mosquitoes 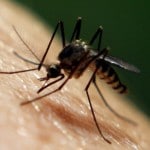 Are you someone that walks outside and is immediately attacked by Mosquitoes? If you feel as if every blood sucker has attacked you in the nearby radius but your friends and family are barely touched, you could be right. Scientist have found nearly 20% of us are highly appealing to mosquitoes—and we have the reasons why. It may sounds crazy but these blood suckers are actually more attracted to specific types of people.

According to a prominent entomology professor out of the University of Florida, “Both your metabolism and your unique body chemistry—which is distinctive as a fingerprint—play an important role in determining whether or not you’re a mosquito magnet,” says Dr. Phil Koehler. “Also, there’s evidence that your degree of attractiveness to mosquitoes can change over time.”

We gathered a list of reasons—proven by scientist—about why some of us are particularly intriguing targets for mosquitoes.

Do you know what blood type you are? Here’s another reason you should find out. In their quest for a blood meal, mosquitoes are nearly twice as likely to land on humans with a blood type of O as those with type A. Moreover, the stinging pests consider type O as an easier target than any other blood type. Most people hide substances that allow mosquitoes to pinpoint blood type before they even pounce on you.

If you drink beer, you’re a target!

Pounding just one bottle or can of beer can significantly increase your chance of being bitten by a mosquito according to the Journal of the American Mosquito Control Association. A study demonstrated that percent mosquito landing on volunteers significantly increased after beer ingestion compared with before ingestion, showing that drinking alcohol stimulates mosquito attraction. As a result, persons drinking alcohol should be careful about their increased risk to mosquito bites and therefore exposure to mosquito-borne diseases such as West Nile virus and Malaria (Department of Biodefence Medicine, Faculty of Medicine, Toyama Medical and Pharmaceutical University, Sugitani, Japan.).

Woman who are pregnant beware!

According to a study conducted in Gambia, pregnant woman are twice as attractive to malaria carrying mosquitoes as non-pregnant woman. Scientists believe the added attractiveness is thought to be linked to physiological and behavioral changes and places pregnant women at greater risk of malaria, an important cause of stillbirths, low birth weight and early infant mortality. The researchers theorized that since women in the later stages of pregnancy exhale 21 percent more volume, mosquitoes were drawn in by the moisture and carbon dioxide in their breath.

If you want to avoid a collision with mosquitoes during your next outdoor excursion you might want to watch from the sidelines before you jump into a pick-up basketball game or backyard football game and here’s why. As you run around the playing field, mosquitoes can sense your movement and head toward you. Furthermore, when you sweat from your efforts, the smell of carbon dioxide from your excessive breathing will draw them closer to you and increase your chance of being bit as will the lactic acid from your sweat glands.

There are a plethora of insect repellents at your local Wal-Marts and Targets—we highly advise picking some up. DEET continues to be the chemical of choice used in Mosquito Repellents. For over 40 years it is proven the most effective chemical on the market. Repellents with 23.8% DEET protect blood suckers for about five hours according to Dr. Mark Fradin, a researcher with Chapel Hill Dermatology. The chemical IR3535, better known as Avon’s Skin-So-Soft is another choice for repelling mosquitoes according to the CDC, although the its proven as less effective as DEET.

A mosquito bite can mean much more than hours on end itching. For some people it can drive severe allergic reactions and of course there are mosquito-borne transmitted illnesses that can be carried—most infamous being West Nile virus. Although malaria outbreaks in the U.S. are rare, the same can’t be said for West Nile. Mosquitoes are here to stay, and with it are these frightful diseases.