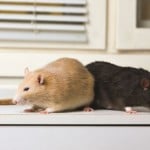 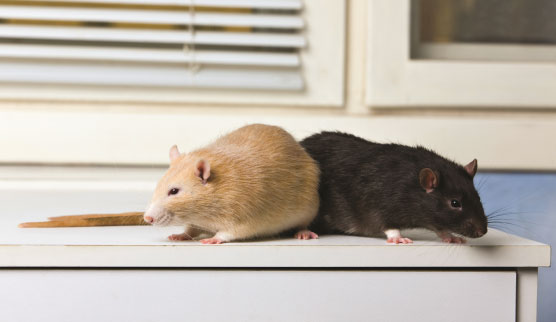 If you are constantly hearing scampering, scratching or gnawing sounds with no visible source, noticing places where your home appears to have been chewed on and finding pellets in dark corners, chances are that you have a rodent infestation. However, when you can’t see the source of the problem, it can be hard to identify what particular type of rodent is responsible. You can distinguish between these three common rodent-variety pests by the characteristic patterns of behavior described below.

When Mice Move In

Mice are harder to spot and in some ways harder to catch than rats, though they leave many of the same telltale signs when present in your home. They are smaller and faster, and generally more fearful of humans than rats.

Mice, like rats, will leave small holes in your belongings, especially in packages of human or pet food. When inside a residence they tend to travel exclusively by running along wall edges so as to go unnoticed by larger creatures. They like to nest in warm spaces and will often burrow into wall insulation. One of the most identifiable characteristics of a mouse infestation is the look of their droppings, which are smaller than rats’ (1/4 of an inch) and often more numerous, with pointed rather than rounded ends.

Rats are larger, cleverer, braver and often dirtier than mice. While mice may leave smudges on the walls, rats can leave greasy trails where they walk and bring an unpleasant musky odor with them when they move in in large numbers. They are wary of traps, and their young can fit through holes in the walls the size or a quarter.

Rats like to gnaw on wood and plastic and can often be heard gnawing within the walls when an infestation is underway. They often leave visible paths in grassy areas when they travel outside to forage commonly referred to as “rat runs.” Their droppings are larger than those of mice, ½ to ¾ of an inch, and have blunted rather than pointed ends.

Squirrels, unlike mice and rats, are considered more of a wildlife issue and usually make their homes nearer to the treetops where they spend most of their time, in the attics of homes rather than within the walls or basement. They are rarely seen but can be easily heard, both running around in your attic and chewing on wood and plastic substances, which many rodents do to keep their teeth in good shape.

Urine stains seeping through from the attic to the ceiling and sightings of squirrels eating from bird feeders and bowls of pet food are good indicators that a squirrel has decided that your home is also their home. If you have a squirrel infestation we recommend going on Angie’s List and locating a Super Service Awarded wildlife company.

If you think one of the above types of rodents has made its home in yours and could be causing expensive damages, as well as costing you your peace of mind, call Green Pest today to get $50 off your first rodent treatment.