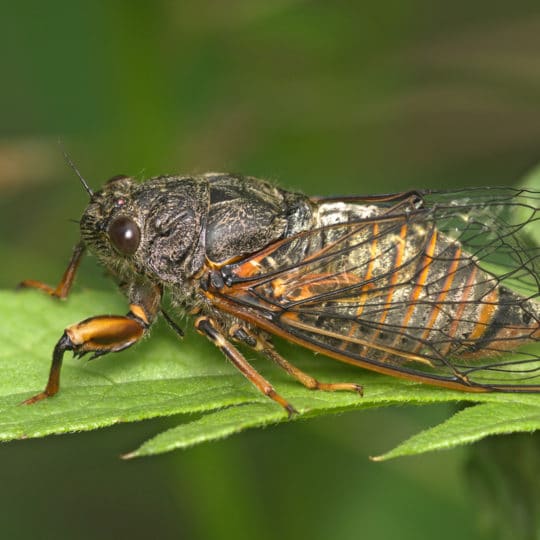 Have you ever wondered how long pests are actually around? House spiders (though not technically insects) live about one year. A housefly lives 28 days. Female mosquitoes live about 50 days (while men only live 10 days). The lifespan of most insects is shorter than one year, partially because they are cold-blooded and can’t hibernate properly. But that doesn’t stop the following from being crowned the longest living insects:

Cicadas are the bugs you can hear making a racket during the summer. But they don’t start out vocal. The female cicada lays her eggs in the twigs of trees, and when the nymph is hatched from the egg, it drops to the ground. It burrows itself into the ground and attaches itself to the roots of plants and trees. Here it remains motionless while sucking at the sap of roots—for about 17 years!

After this long rest, it instinctually moves toward the light and climbs the tree trunks, where its skin splits open and the mature cicada emerges. It spends about five weeks active life in sunlight, after which, it just dies.

Queen termites are busy bugs, producing between 20,000 and 30,000 eggs per day. That’s a staggering amount of eggs, and it’s even more astonishing when you hear how old some queens live to be. Queen of eastern subterranean termites, which are found in the United States, can live up to 30 years, though a 15- to 17-year lifespan is more common. Some African species life up to 50 years.

The consensus is that “decades” is a reasonable age, but some scientists believe they can live for up to 100 years. Yes, you read that right—one century!

Also known as Buprestidae and part of the jewel beetle family, this beetle has quite the lifespan, though not all of it is productive. After a female deposits eggs on a host tree, the larva hatch and tunnel into the wood where they can stay for 25 to 30 years. This delayed emergence only happens in certain conditions.

The longest known record of delayed emergence is of an adult that emerged a 51 years after the initial infestation occurred.